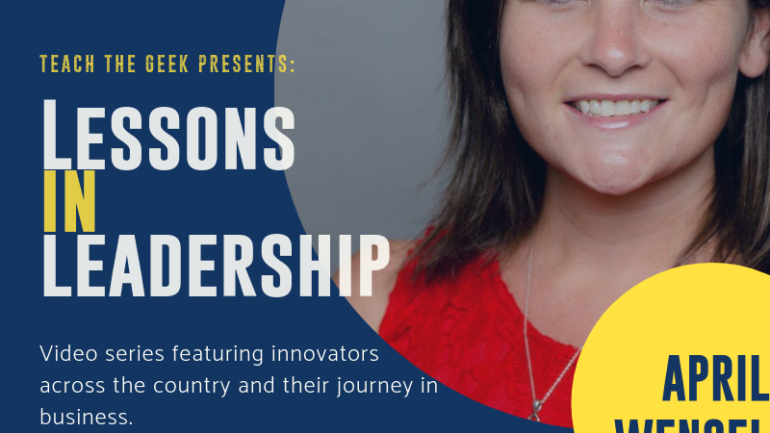 A software engineer, April Wensel worked at various companies in Silicon Valley. She noticed that programmers, herself included, can be jerks to each other from time to time, and figured that the jerkiness interfered with companies’ productivity and bottom line. She now teaches emotional intelligence to other software engineers through her company, Compassionate Coding.

Takeaways from our conversation:

April noticed that companies were developing that were harming, not helping people, there was little diversity in tech, projects were failing due to poor communication, and people were burning out. These issues are what motivated her to start Compassionate Coding.

Get implementable tips that you can use right away for your presentations.
Get the tips
Teach The Geek 2022 ©. All rights reserved.